ABOUT US:
Gecko Hospitality is one of the best hospitality recruiting firms in the nation. Over the past two years, we have been honored to receive Forbes distinction as America's Best Professional Recruiting Firms. Simply put, we provide direct connections to amazing opportunities that positively impact lives, one career at a time.
ABOUT THE LOCATION:
Located in the heart of Silicon Valley, adjacent to California's Great America theme park, Levi's Stadium, and close to the Santa Clara Convention Center.  The hotel provides the perfect base to discover Santa Clara attractions and conduct business.
POSITION OVERVIEW:
The Chief Engineer is responsible for leading a team of 5 maintenance/engineering staff members and providing service to the guests while maintaining the operations of the building.
ROLE SPECIFICS (not all are listed):
POSITION REQUIREMENTS:
Benefits: 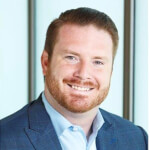 David began his restaurant management career with Hillstone Restaurant Group in both Napa Valley and Atlanta. He then joined Eureka! Restaurant Group as General Manager of the flagship where Farah led and developed management training for the company’s successful expansion while setting the benchmark for company profit percentages.

Several years later, Farah joined Four Seasons Hotel in Silicon Valley as the youngest Senior Food & Beverage Department Head in the Americas. Within twenty-four months, the department was ranked number one in the Americas for guest service, satisfaction, and profit. After marrying the love of his life, Judee, David was asked to lead the opening staffing team for Apple Inc’s new one-billion-dollar global headquarters in Cupertino, California.

Throughout his career, Farah has always believed in the power of the human spirit to improve, learn, and develop continuously. Partnered in this belief, is his intention to always offer others the opportunity to strive for greatness and pursue their passions.

Since 2000, Gecko Hospitality and its dedicated Franchise Partners and Recruiters throughout the United States and Canada have been pioneers in the hospitality recruiting industry. The value that Gecko Hospitality provides to its clientele is evident in the advanced networking and technology skills our professional recruiters possess in identifying qualified restaurant professionals.

Login to save this search and get notified of similar positions.

There are currently no related jobs. Please sign up for Job Alerts.
Loading...
Login to save this search and get notified of similar positions.

We have free resources for you such as resume building tips, how to interview well & more!