General Manager
Casual Theme – True Industry Leader
We are searching for a hardworking Restaurant General Manager with extremely high standards, enthusiasm for hospitality and exemplary team building skills. If this sounds like your style as a General Manager, we would like to learn more about you! Our Company opened its first restaurant in late 1980's and three years later the second, starting a global leader of the industry from simple entrepreneurial beginnings to a full-fledged franchise system in just under five years. From 1993 to 2005, we opened 100 or more new restaurants each year. The company estimates the development potential of our concept in the United States to be at least 3,000 restaurants resulting in the demand for a qualified General Manager to oversee each location…that’s a lot of opportunity! If you want to be the General Manager of a global leader of the industry and have the opportunity to build your own career, Apply Today for our location in Brunswick, GA.
Title of Position – General Manager
Job Description:  Our General Manager will be responsible for the overall operation of the restaurant, including but not limited to, monitoring and guiding the activities of hourly employees as well as the rest of the Management Team. The General Manager will also guarantee cleanliness and sanitation of the entire building, efficient and hospitable guest service, and all administrative and accounting duties done according to company policy. The Restaurant General Manager will achieve these standards through the use of mentoring, feedback, and team development skills, and most importantly by leading by example. This position requires proven success as an effective General Manager, preferably in a casual dining environment.
Benefits:
Qualifications:
Apply Now – General Manager located in Brunswick, GA
If you would like to be considered for this position, email your resume 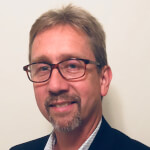 Tim Bishop joins Gecko Hospitality as a Franchise Partner. Tim has more than 25 years of restaurant operations experience. Most recently as an Area Director for Bob Evans Restaurants, he ran restaurants spread across a 3 state territory. Tim has also worked for Walt Disney World as a Chef as well as time spent early in his restaurant career in catering for a country club.

Tim has a strong knowledge of the cities and states in which he recruits for and specializes in building strong relationships. Tim prides himself on being a good listener and getting to know and understand the needs of his clients as well as the candidates. When this happens, the recruiting process becomes a win-win scenario for everyone. Being a game changer and helping someone find their dream job is his goal! His work ethic and self-motivation are what helps make a difference for his candidates and his clients!

He and his family are involved in their local church and enjoy volunteering their time to help in the community.

Since 2000, Gecko Hospitality and its dedicated Franchise Partners and Recruiters throughout the United States and Canada have been pioneers in the hospitality recruiting industry. The value that Gecko Hospitality provides to its clientele is evident in the advanced networking and technology skills our professional recruiters possess in identifying qualified restaurant professionals.

Login to save this search and get notified of similar positions.

There are currently no related jobs. Please sign up for Job Alerts.
Loading...
Login to save this search and get notified of similar positions.